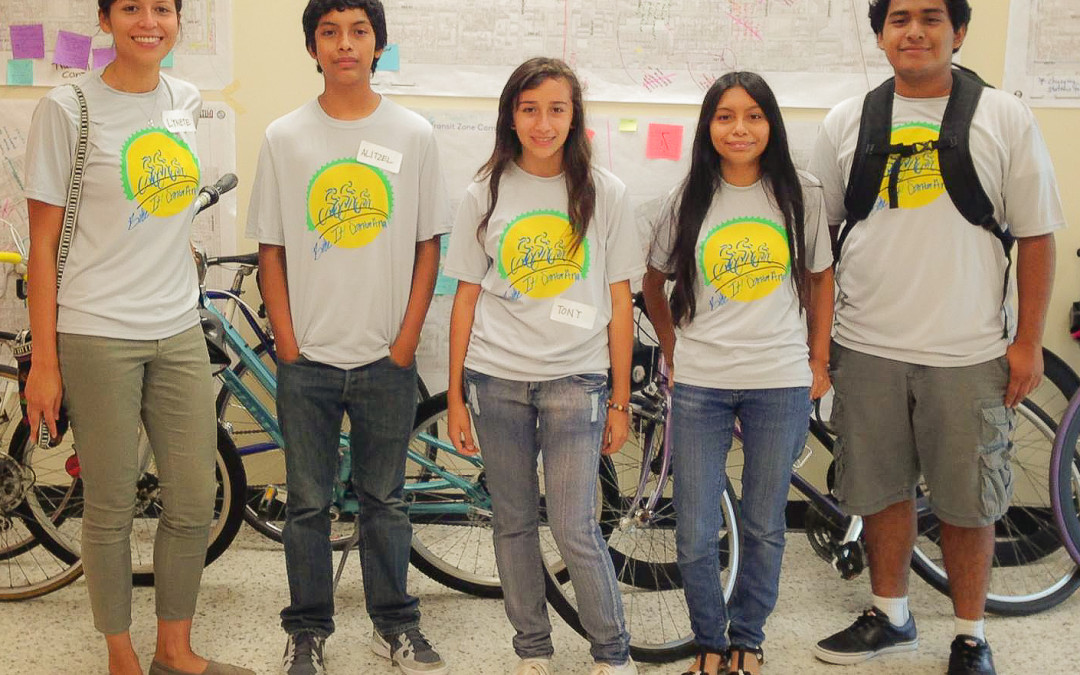 Congratulations to the youth from Bike It! Santa Ana at KidWorks! The youth and city staff joined forces to submit a grant application to install protected bike lanes on Edinger Avenue from the Santa Ana River Trail to Bristol Street. Their project proposal has been recommended for approval by the California Traffic Commission (CTC) as part of the Active Transportation Program (ATP) cycle 2 grants. Approval of the $2.3 million dollar project is expected to happen at the October 21-22 CTC meeting.

ATP serves as a major funding source for active transportation projects in the state of California.

The Active Transportation Program – How Projects are Funded

Local city governments apply for funding through the Active Transportation Program (ATP)  through a series annual grant cycles. This current recommendation is part of the second cycle for 2015. The grant applications are reviewed by the California Traffic Commission and recommendations are made for approval. Once the projects are approved, cities will then go to their City Council to accept the funds and start implementation. This includes final design, construction plans, the awarding of a contractor and finally, construction.

Exceprt from CalTrans about ATP: http://www.dot.ca.gov/hq/LocalPrograms/atp/

The purpose of ATP is to encourage increased use of active modes of transportation by achieving the following goals:

Bike It! Santa Ana and the Local Government Develop the Grant Application 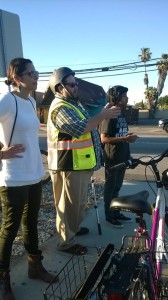 Impressed by the data collected and policy recommendations for improving streets in Santa Ana, the City of Santa Ana Public Works Agency reached out to the youth from Bike It! Santa Ana at KidWorks to write an application for ATP funding. The youth, with the guidance of KidWorks staffer Lynnete Guzman, identified Edinger Avenue as having a tremendous need for bicycle and pedestrian safety improvements.

Following the selection of Edinger Avenue came more work, which included further data collection and community engagement efforts. The grant was able to be completed in large part with the help of SAAS adult volunteers providing one-on-one assistance to each youth during the grant writing process.

The last stage of the process included designing cross sections of how Edinger Avenue would function and putting together a budget. During this process, the Bike It! Santa Ana youth learned the specifics of street design and how to calculate the cost of a large scale street construction project. City staff provided general direction during this phase of the grant writing.

Total cost of the project is an estimated $2.4 million. The youth are proposing a redesigned Edinger Avenue to include protected bike lanes, or putting a physical barrier between bicycles and automobiles.

“Having a protected bike lane with a raised buffer on Edinger Ave is very important to have because we want to make sure that all the bicyclists are safe from collisions and other safety hazards. . . . In order for bike lanes to be used, the city has to make sure that they are well protected for families to feel safe biking with their children. My mom bikes through Edinger Ave in order to get to school, but she doesn’t feel safe taking my four-year old sister with her because there is no bike lane. She would feel safe if there was a raised barrier between the drivers and bicyclists.” – Bike It! Santa Ana youth leader, Maribel M. (Excerpts from the grant application)

Plans for a Safer, Connective Edinger Avenue (Excerpts from the grant application)

“The existing active transportation infrastructure may provide access for many of the residents within the region but fails to accommodate the needs of the youth, elderly, and disabled. Added consideration must be given to these populations as any of them do not currently feel secure or able to utilize the existing active transportation facilities. By providing the physical separation of a cycletrack, the Edinger Avenue Protected Bike Lanes Project goes beyond a traditional bike lane project to provide a low stress/high quality connection for all users regardless of age or skill. 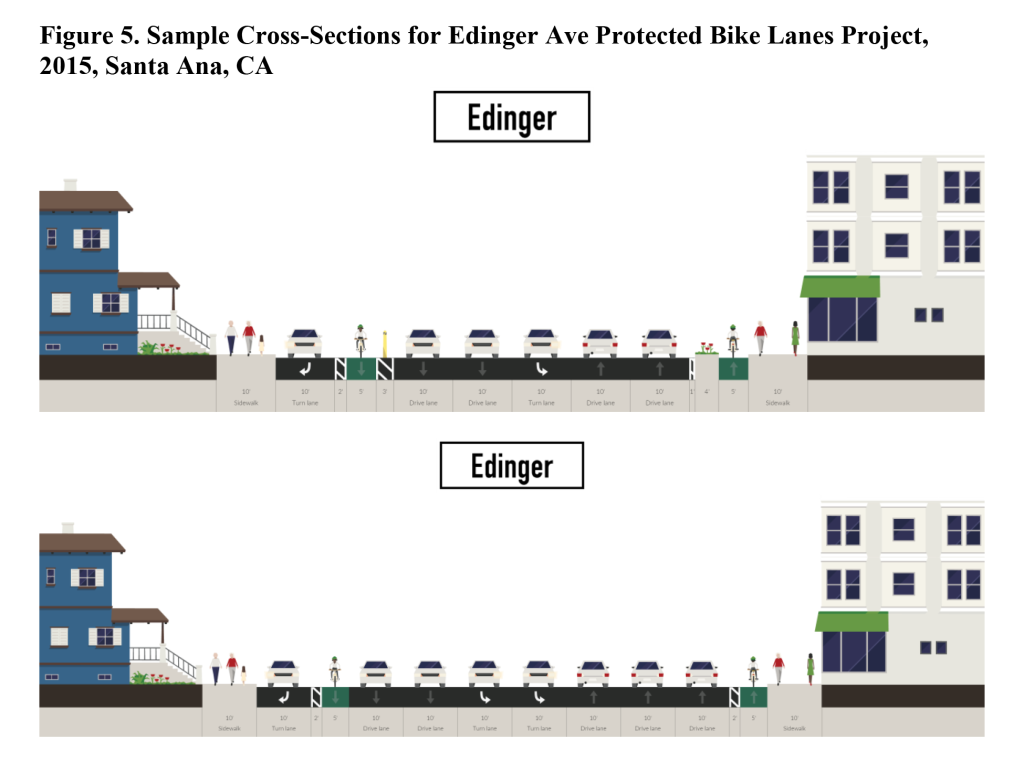 The proposed bike lanes will improve biking routes to and from schools, parks, trails, small local shopping centers, and high-density residential areas. The proposed bike lane will be include a
protected barrier design never seen in the city before. There will be landscape medians that will provide the best protection between a bike lane and car traffic. In other areas in which streets are more narrow, there will be at least a 3 foot stripped buffer with delineators that will offer more security for the bicyclist. The City of Santa Ana currently does not have this design and infrastructure offered for bicyclists.

The project also seeks to improve the walkability for the local community. There is currently no sidewalk for 14 residential homes along the corridor. We will install a 6 foot sidewalk and include the street car parking currently permitted. In this project we will have the parked car act as a buffer between the bike lane and car traffic. This design was taught to the youth through their training by the private consultant firm, IBI Group, back in 2012 and became a priority to advocate for in their community since parking is an important component to the highly-dense neighborhoods.

The proposed bike lane will reduce the behavior that leads to the collision between the cyclists and the motorized vehicles. This Project will reduce the speed of cars because the car lanes will be reduced to ten feet car travel lanes. Currently there are no existing bike facilities on Edinger Avenue, but our Project will allow us to implement bike infrastructure that will remedy potential safety hazards.

For more information about the Bike It. Santa Ana program, please visit their Facebook page.